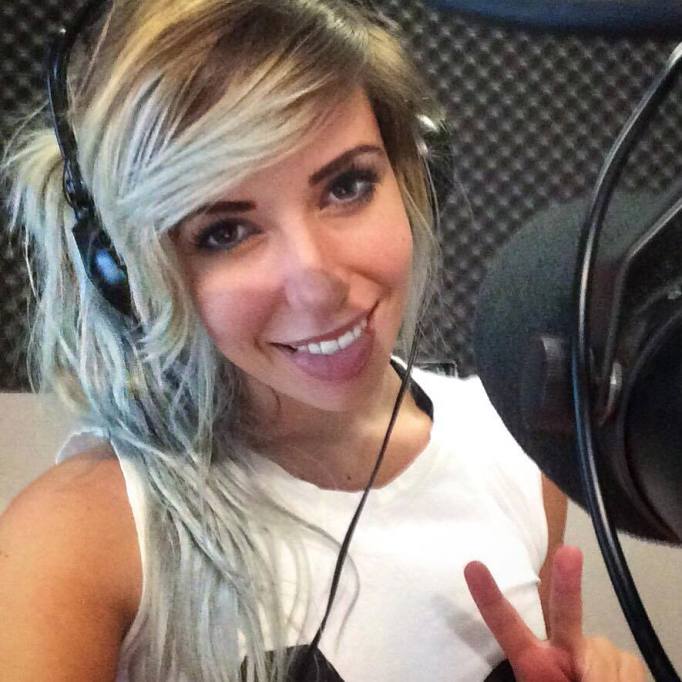 I’ve always loved games and I’ve always loved writing, but it absolutely never occurred to me that I could combine those two passions until, in my total misery working at an awful call centre, I happened upon a job listing for a volunteer gaming news writer. I managed to get a position writing about games a few nights a week and I channelled all of my efforts into that, and into expanding my portfolio, until I eventually started pitching some paid freelance work. Now, 3 years and a whole lot of hard work later, I’m writing full-time at IGN in San Francisco.
My passion for games is absolutely what inspired me to start working in my industry – to get to talk to people about a medium I love, and that I believe has, at least in part, shaped me as a person, is consistently inspiring. I largely grew up playing the Nintendo 64, and Banjo Tooie is my favourite childhood game. Some of the people who worked on Banjo have just regrouped to make a spiritual successor of the Banjo games called ‘Yooka-Laylee’ which I’m so, so excited about. It feels like it has gone full circle, like maybe if I didn’t play Banjo so much as a kid, I wouldn’t be in a position where I’m now talking about and writing about Yooka-Laylee as an adult.
Honestly, the best thing about my job is getting to talk to people who are equally as passionate about games as I am. This year we’ve already had Oxenfree and The Witness, which are two awesome, cryptic indie games that are the source of so much excitable discussion around the office, and in some of our podcasts at IGN. Getting to talk to people about their theories or various different experiences with a game never gets old, and that also extends to the community – going to a convention and talking to a stranger about a game you both love means you aren’t strangers for very long at all.
I have a fairly broad interest in games, but in terms of storytelling I particularly like things that challenge me or my actions. Games like Spec Ops: The Line and even Mad Max 3 that are really critically self-reflective always draw me in, but I’m also really fond of good lore and world building. I can easily get lost in games like Mass Effect and Fallout, or even more obscure titles like Deadly Premonition.
Modern AAA game studios are so enormous that a lot of them do have a variety of differently gendered people working on their titles, but I think, for everything games do right, they’re still fairly far behind other entertainment industries when it comes to writing. I think this may be due to a lack of diversity in the industry leading to fairly unrealistic, hard to relate to characters, but this definitely seems to be improving. People of different genders working on games gives us characters from different perspectives with different perspectives, which is such a huge value when it comes to storytelling.
I’m a huge fan of Tomb Raider, Beyond Good And Evil, Child of Light, Oxenfree, Perfect Dark and Broken Age, which all feature strong female protagonists. My favourite game produced by a woman – and one of my favourite games ever – is Journey.
At the moment I’m really interested in Super Hot, because of the way it seemingly turns an FPS into an environmental puzzle-solving game. It’s based around a really unique mechanic that I can’t wait to try out. Aside from that, I’m looking forward to Uncharted 4, The Division and Gears of War 3 for their expansions on franchises I’m already passionate about, plus I’m super excited about any and every VR title coming out this year.
First and foremost, if you want to get into games journalism, you’re better off wanting to do it because you want to be a writer professionally rather than just because you love games – a lot of people love games, but they’d go crazy writing and editing all day every day! If you have both of those passions, write as much as you possibly can, work hard on getting better and working with other writers – maybe editing each other’s work to give constructive feedback – and as you build up some samples, start sending them to your favourite sites or local magazines or newspapers. Cover local events where you can, and start networking with other people in the games industry. It’s definitely a lot of work because the industry is so competitive, but ‘never give up’ is absolutely fail-safe advice here. Believe in yourself and keep trying to improve and you’d be amazed by what you can achieve! For women specifically, whenever you’re doubting yourself, or maybe if you’ve dealt with some of the harshness that can come with publishing your work online, know that there’s a huge network of women who’ve felt the same way that are working every day to make sure new women feel welcome in the industry, and we all care so, so much about you joining us and making it even better for the next round of young women who do, too.
I follow a lot of publishers on Twitter, Facebook and Instagram just to keep up to date with any of their press releases or current marketing campaigns and to keep ‘in the loop’ with games I may not even be personally interested in playing, which is definitely valuable. I think the best use for social media in games writing, though, is to follow other writers you like and read of much of their work as you can. Figure out what it is you like about their work, what you don’t like, and use those assessments to both shape and inspire your own personal style. A lot of those people will probably be willing to give you some feedback if you ever want to link them to your work, too!