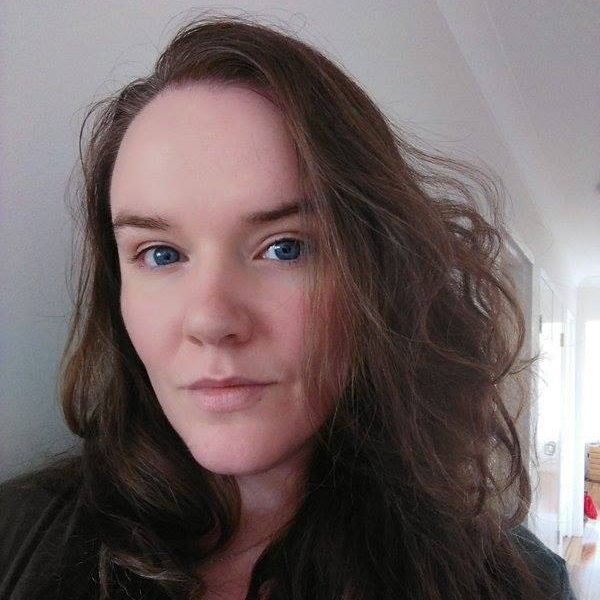 Other than getting some experience working with dad on one of his games, I entered into the games industry with Funcom’s Customer Service department, just before the launch of Age of Conan. I ran a CS shift and covered both AoC and Anarchy Online, as well as ran our volunteer department. A friend of mine worked there, and got me an interview – which I didn’t land the first time, but did land the second. After I left Funcom, I moved to Australia. Here, I picked up a job in Public Relations, where I get to work with AAA developers. Both of these jobs came from making connections with people, and this is true for any industry. The more connections you make, the better.

As a kid, the first two PC games I received were the ones I was obsessed with. I had the SNES, but everyone I knew had something like that. It was when my grandpa brought home King’s Quest IV (and the shareware version of Wolfenstein 3D) that I fell in love with PC gaming. I can’t even remember how many hours I played both of those games, to the point that my grandparents worried that I had an addiction. When I got to hang out with my dad, I learned a whole lot about video games and gaming from him. He picked up every console when it came out, and showed me all kinds of PC games. (lmao, he even thought it was hilarious to shut me in the basement while I was playing Alone in the Dark. And that is the reason I can never play a scary game again, haha!) Dad was (and still is) an independent developer in the 90s. He created a game called Prophecy of the Shadow (still love the title) for DOS in 1992, and did some pretty interesting things with digitised photos (basically, a very tedious way of doing gifs, before gifs were a thing). It’s still funny seeing the screenshots  online and knowing the people in them. Wow, this got long-winded. Anyway, dad’s rad, and he’s the reason I’m here. Also, Wolfenstien 3D blew my mind. Mein Leben!

I am working on two projects at the moment, and toying with a third. Red Flag is a point-and-click game with a pretty personal story. I hope to reach a few people with it – if only one person resonates with it, then I’m happy. Its demo is done! Another project, MetaCritical, is a parody of MetaCritic. Not much on that just yet, as I’m shaking a few things up with it, but it’s important for me to have more than one project going so I can bounce around if one gets stale.

I love blowing up shit (if I’m allowed to curse, lol), I love a good RPG, I love adventure games. 75% of my Steam library is filled with FPSs and RPGs. (And old point-and-click classics.) I am absolute crap at RTS, but I still have fun with it when I’m playing with friends. With FPS, there is nothing more fun that running with a squad of friends and strategically annoying/blasting the crap out of the other team. (Victory is so sweet.) I like my RPGs deep and interesting – I’ll even forgive them for being overly flowery, if the story is gripping enough. Adventure point-and-click games are where my heart lives, though. There’s something about the goofy inventory items, the endless pocket space, the one-liners, the beautiful backdrops, that I just can’t get over – nor would I want to.

I think it can, but not necessarily because of our gender. We’re told from birth how to act – boys shouldn’t cry, girls should be princesses, etc. Instead of growing up to figure out who we are, we are told by practically everyone who we should be. I believe this largely has an affect on how we write or approach creation.

Maureen Corely, from Full Throttle, was the first real badass that I looked up to – digitally, that is. She was part of a biker gang, had priorities, didn’t really need to be saved, was all-around good at what she did. The relationship between her and Ben, the main character, was one of mutual respect. I was fascinated by that, because it was something I had not seen before.

Firewatch has just come out and is pretty great. Torment: Tides of Numenera, which I backed on Kickstarter ages ago (Kickstarter, more like kicking myself for not backing at a higher tier so I could be in the beta). I’m into character development and story progression. Firewatch definitely scratches that itch, and Torment is, well, the successor to Planescape: Torment, one of my favourite games. It excels in both its characters and story.

This is a tough one. AAA is difficult to get into unless you know someone, and literally anyone can be an independent developer as long as they have access to the right tools. I entered the AAA area because I made contacts within the company. I became an independent developer by doing work between the hours of my day job. I think the only real advice I can give is DO NOT QUIT YOUR DAY JOB.

There’s the #gamedev and #indiedev hashtags on Twitter that might be worth following, but they get spammed pretty often (thanks, spambots). The itch.io and tigsource forums are a great place to find developers who are willing to chat about any number of video game topics, from storytelling to the development itself.